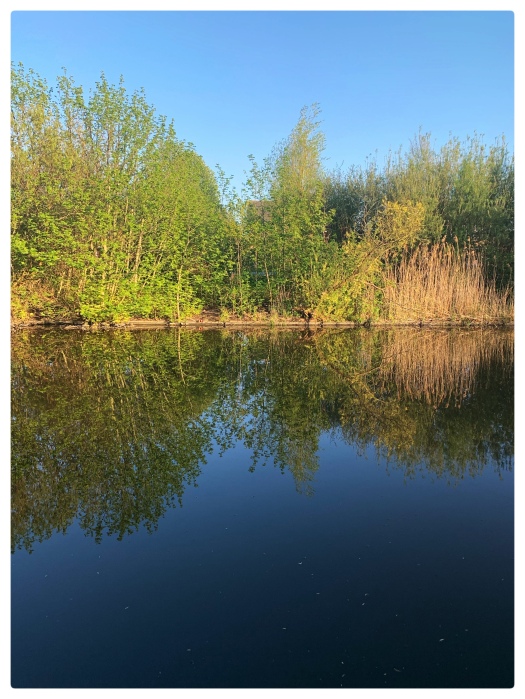 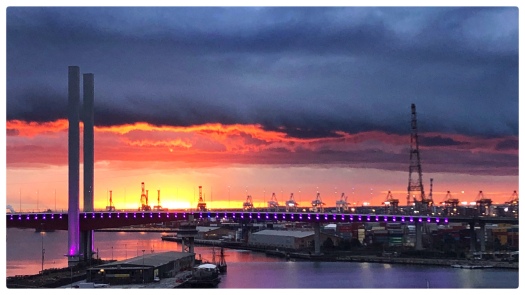 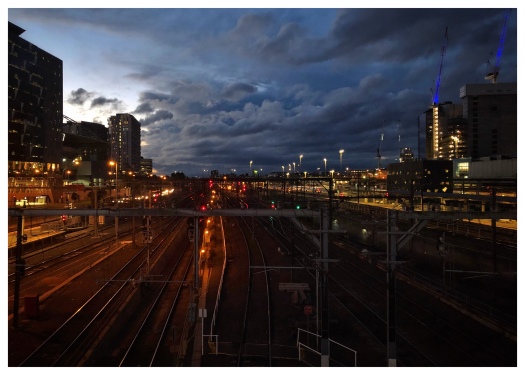 The sunsets here in CBD (Central Business District, Melbourne) are amazing. I’m sure it has to do with the actual light, but also with my being happy in this strange city. A population of 4,5 million people and it feels like a bunch of villages linked together.

From day one after having arrived here in August 2015 I have the feeling that there is somehow more light, more oxygen, more energy than in the Netherlands. And part of that is true, as Melbourne is about as far from the equator as Gibraltar or Cyprus is in the northern hemisphere. That should mean that the sun is higher up in the sky. I read somewhere that the light is comparable to Southern California.

However, the sun is ferocious: it can be 21 degrees Celsius in the shade and one step out of it and you need a hat, long sleeves and sunblock. No kidding. About 30% of the Aussies have or had some form of skin cancer. No fun at all.

Sitting in my favourite seat, watching the sun set while sipping a wine. Beautiful colours reflecting over the water into our living room. Spectacular. Suddenly I realise that the sun is actually a very big nuclear reactor, blasting away. Like a bomb.

The scene could easily fit in some post apocalyptic movie. Either I had one glass too many or it is because I’m tired after a long week looking at stuff that links to war. Or perhaps both.

I’m just happy the sun set and the world turned slowly into the reality of an early evening. Better that way.