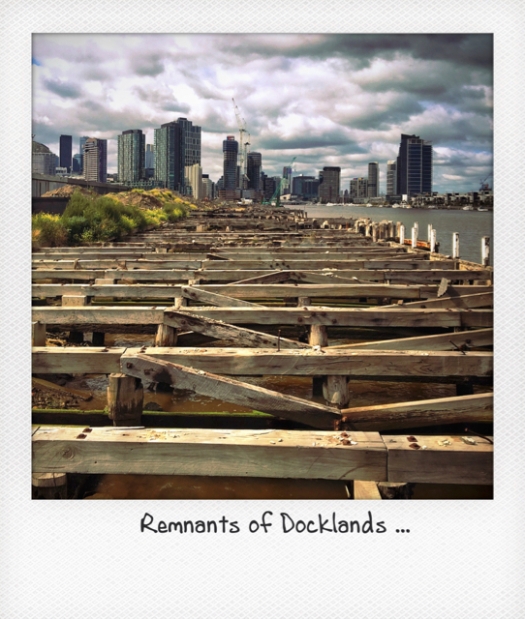 After having approached Melbourne CBD for the last 12 months from the east, it is amazing to see how different it looks coming in from the west. Moving into Docklands was the best thing that could happen to us. Modern, open, with lots of sky. Like our place in Holland.

Up to the 21st century, Docklands was just a slowly spreading landscape of harbour and industry. And only in the last five years it became a more vibrant part of the city. You can still hear the emotional distance in Melbourners, when talking about this part of town. In the meantime there are 10,000 people living in the modern high rise and more than 50,000 people have a job in this modern suburb.

As things go, almost nothing of the old times can be found and only at the outer edges you will find remnants of the past.