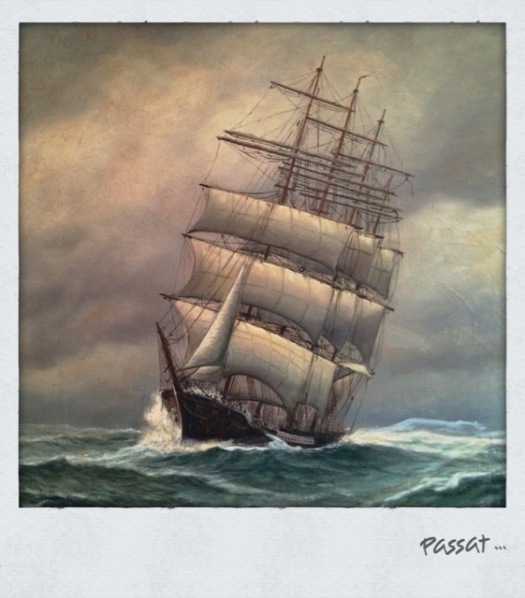 My grandfather’s room was quite large and had a big round table sitting in front of his oak desk. The walls were paneled with dark wood and the overall atmosphere was male. Cigarette smoke of dozens of years added to the brownish tonality of his world.

He had positioned the old desk, made of a huge chest with a gnarled lid with a glass plate for writing on, in the left corner next to the door to the hallway. Looking up and over the table, he could see the garden through lace curtains, not disturbing his thoughts, but providing depth for his gaze.

Positioning the desk was smart, very smart. Even when my grandmother came into the room, he was still at an advantage. Not that he didn’t allow her to see what he was doing or that he was rude. On the contrary: without any effort he could keep his concentration by looking ahead. She knew better than to disturb him, but only came in to bring him a coffee or tea. I’m not sure if there was much love left, but they were very comfortable together. Or at least very used to each other.

Behind him was a book case, filled with books about astronomy, ships and the like. On the right most corner, just in his vision, was a bronze statue of a sailor, wearing a southwester and casting a line. On the left was a painting. Quite a big one. Of a ship. A tall ship.

When I see my grandfather, I see him sitting behind that desk, the painting behind him. He was always writing, sometimes on loose sheets of paper, sometimes on cards. Next to his pen, there were pencils. Black, red, green and blue. A bunch of rulers and a protractor completed the picture. And when looking closer, my recollection now vivid, I see him doing complex calculations, with angles and vectors, tangents meticulously scribbled in the sideline. Trigonometry, projected on a sphere. By hand, with calculations neatly worked out in pencil on a small paper on the side.

He was still setting a course and shooting stars, calculating his position somewhere on the ocean.

Every time I visited him – and I did so often – he would always put down his pen or pencil and talk about the things he had encountered during a rich lifetime. And while telling stories, he somehow always was able to put himself in a role that made him almost a casual observer. But when I listened carefully, I could only conclude that he had seen some strange sights. And that he must have been much more in the center of things, being a key person in the story, perhaps even the main character.

Together we sailed, with a ship twisting and rolling, stars shining like so many lights and the wind whistling, sometimes roaring in our ears. Until we hit the doldrums. Worse, we even lost our bearings sometimes. Once or twice we lost the chronometer and so were unable to calculate our position. And somehow there was always a coast nearby, hidden in haze above the horizon. What to do? We didn’t know where we were and we were running into the rocks or on the sands if we didn’t take action!

It took me a while to catch on to the fact that the more exciting stories were always reflecting some deep logic. And that, oh wonder, there was always a connection to something that I was wrestling with. Sailor’s wisdom hidden in an adventure, instead of instructions to a boy. Seemingly simple truths, that still guide my life when I need think about where I want to go. Never blocking my own thoughts, always providing me with an anchor to keep me in a temporary stable position, enabling me to find my own course.

He did that right up to the day he died. I was a lieutenant in the army then and my platoon was used to hearing the same simple wisdoms when things went pear shaped.

“I remember we were sailing close to the American coast and fog rolled in. We couldn’t see more than a ship’s length in front of us and were unsure of how far away the rocks still were. Now this is in a time when we had no radar or electronic beacons, so it was an interesting position to find ourselves in, to say the least. I talked with the captain about which action was best and we found our way to the harbor in good time.”

“You know, when you are sailing in the blind, there are actually only two courses that make real sense. Slow ahead or slow astern.”

The genius. I mean, how do you make someone find the wise solutions in life by himself, without playing teacher? Having had a perfect example, I could do the same with my troops, by starting a story how I remembered my grandfather telling me a story.

So in way I managed to put myself even more in an observer role.